The accepted classifications and definitions of vaginismus change from time to time as research and trials generate new findings. But generally, vaginismus is known as a penetration disorder in which any form of vaginal penetration is often painful, difficult, or impossible despite the desire to do so.[1] As the definition of vaginismus is ever-evolving, so is the accepted treatment. This is where dilation therapy comes in … figuratively speaking of course.

Dilation therapy is a treatment typically used for penetrative pain disorders such as vaginismus. Much of what is described to me when I speak with practitioners and recipients of dilation therapy is something that resembles gauging an infected ear piercing (ouch). Rest assured, dilation therapy is not intended to be painful and should not cause a great deal of discomfort when conducted by an experienced healthcare professional.

Let’s take a look at how the experienced pelvic health practitioner deals with vaginismus pragmatically when increased pelvic floor muscle tension and sympathetic (“fight or flight”) nervous system activity are present upon examination.

Like some of the dilation-less dilation techniques we will discuss, dilation therapy is intended to promote pelvic floor muscle relaxation in order to decrease pain during intercourse. Despite its good intentions, some patients are still reluctant to attempt dilation therapy, however, there are less invasive alternatives that can help in some cases. Here are three ways to dilate without dilators.

The studies suggesting meditation as a way to regulate nervous system activity do not specify what parameters were used. However, I found anecdotally that guided meditative recordings online, which encourage users to focus on breathing and staying alert, as opposed to falling asleep, evoked favorable outcomes. But why would breathing be important to nervous system control?

Along with slow prānāyāma breathing, there is evidence emerging that the respiratory diaphragm (breathing muscle) has ties to regulating nervous system activation. The picture being painted by emerging evidence regarding the role of breathing and muscles involved is great and all, but they may have another responsibility paramount to the battle against vaginismus and dilation therapy.

The pistoning effect can be demonstrated with a simple exercise for those who desire a healthier pelvic floor. Try lying on your back with hips and knees resting at approximately 90 degrees and knees separated slightly further than feet; this puts the muscles of the pelvic floor in a relaxed position. From here, place your dominant hand just below the rib cage and non-dominant hand on your chest. During inhalation, allow your stomach to push the dominant hand outward with as little chest movement as possible. As you exhale, let your belly fall to the floor; remain in this position and repeat.

Candidates for dilation therapy who are not comfortable with that form of treatment may discuss the alternatives offered by this blog with a healthcare professional. The goal of these three treatment suggestions is to relax the muscles making up the pelvic floor. With vaginismus, be sure to seek professional medical advice. Unlike patients suffering from stress urinary incontinence due to the female athlete triad (discussed in my previous blog), and assuming you are already being seen regularly by a gynecologist, you may want to start by visiting a physical therapist who specializes in pelvic health to avoid any unnecessary pain from a gynecologic exam.[10]

The most difficult portion of getting past vaginismus is staying positive. Try finding one thing you can look forward to every day. It can range from kicking back with a bubble bath to rocking out to your favorite ’90s boy band like I do (NSYNC). A happy, positive state of mind can help you get one step closer to pain-free intercourse and one step further from dilation therapy.

[2] David Wise and Rodney Anderson, A Headache in the Pelvis. (National Center for Pelvic Pain, 2012).

[4] Wise, A Headache in the Pelvis; Tang, “Central and Autonomic Nervous System Interaction.”

[7] Wise, A Headache in the Pelvis; Tang, “Central and Autonomic Nervous System Interaction.” 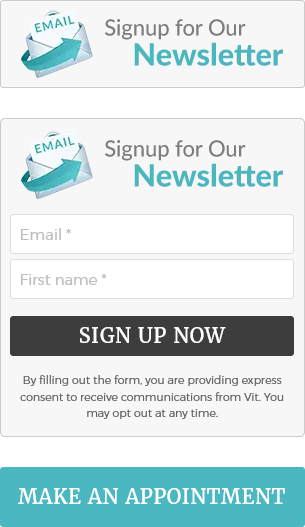 After much consideration, it is with a heavy heart that we announce the closing of our business on January 31, 2023. We want to take this opportunity to express our deepest gratitude for your unwavering support and loyalty throughout the years.
See More
X